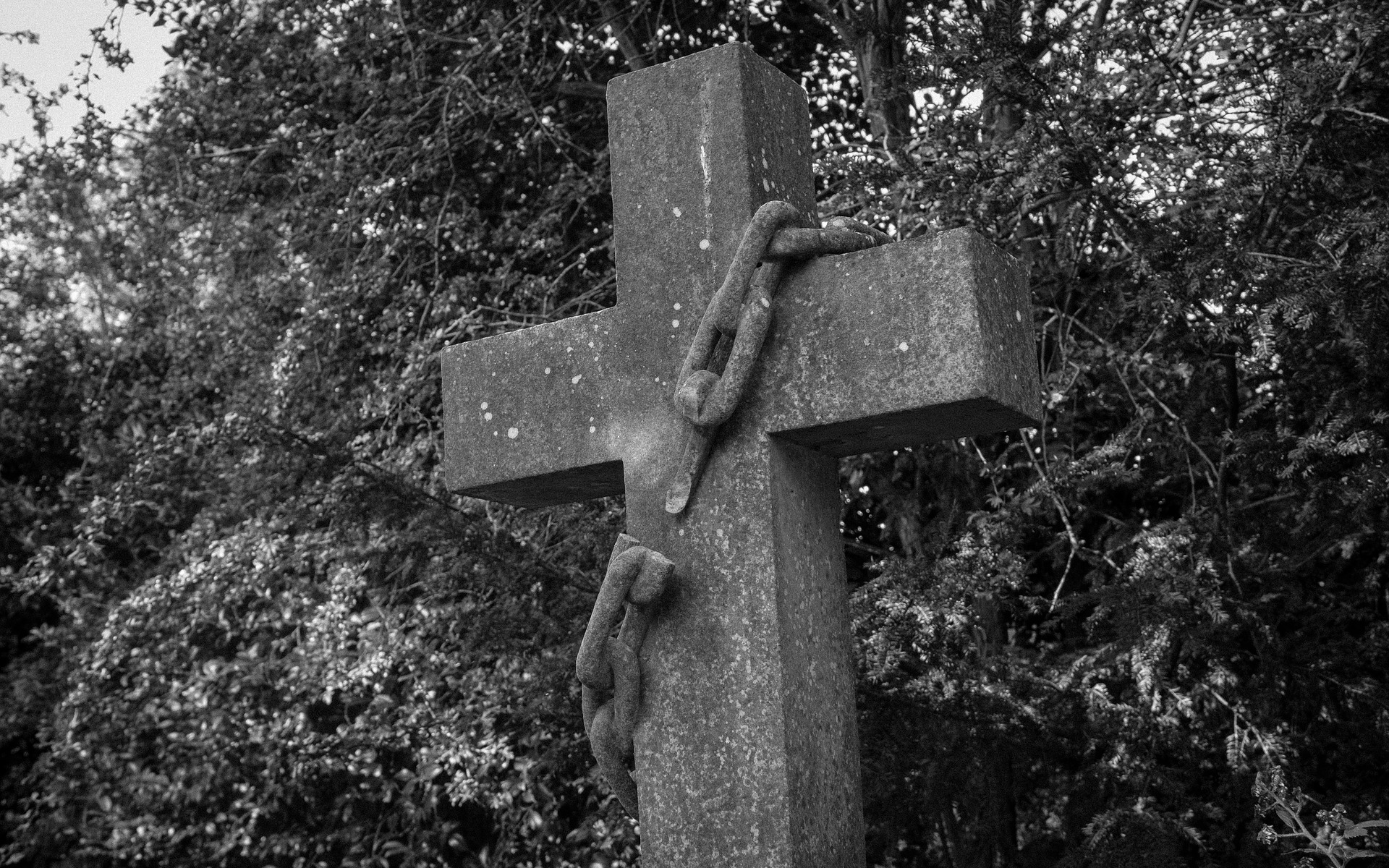 Livid Faith: When You Know God Can, But He Doesn’t

Christian, here’s a question you’ve likely never been asked: if a beloved spiritual mentor, a man of great faith, died at a ripe old age and his body started to decompose, would the smell of his decaying body rock your faith? If you’re living in 21st century America, I’m guessing your answer would be an emphatic “no.”

But for Dostoevsky’s Alyosha Karamazov, a novice monk in 19th century Russia, nineteen, naïve, his faith just beginning to germinate, the answer was a tortured “yes.” When his mentor, the Orthodox monk Father Zosima, passed from death to life, the rotting scent of decaying flesh diffused for all to smell. According to monastery lore, the corpse of a truly righteous monk would remain free of the stink common to an ordinary man. Many of the monks had been jealous of Zosima for years, envying the gentle joy and active love that endeared him to all. So when his body started to smell, they pounced on the opportunity to defame him. “It’s a sign,” they said, salivating. “He was not what he seemed.” “He was a glutton, he was driven by pride!” “He denied core doctrines, he was a heretic!”

None of it was true.

Alyosha’s faith was shaken. Not because he believed the “odor of corruption” told the truth, but because his mentor, whom he revered, had been so grossly shamed.

In the honor-shame culture of 19th century Russia, the monks had essentially “cancelled” Zosima. In a matter of minutes, they erased every evidence of God’s work in his life with this shameful, all too human, end.

Why, Alyosha thought, had God allowed this, why had he let a man who’d spent his whole life serving Him be so maligned? Alyosha knew God could have crowned Zosima’s life with the honor he deserved, but He hadn’t. And Alyosha judged God.

Many of us struggled in a similar way when Nabeel Qureshi died. Qureshi, a former Muslim with an outstanding gift for apologetics and a heart bursting for others to know Jesus, was diagnosed with stage 4 stomach cancer in his early thirties. He posted Vlogs detailing his journey, filled with belief in God’s ability to heal, but a faith that also said, “even if He doesn’t, I won’t turn away” (Daniel 3:18). It seemed the whole world was watching, Christians, pleading for his healing, others, anticipating his demise. Two compelling arguments undergirded many prayers: 1.) Nabeel’s healing would be a sign to the Muslim world of the power of Christ over death. In seeing Nabeel spared, many would decide to follow Jesus. 2.) Nabeel had an exceptional gift for apologetics. He was only just beginning a ministry that had the potential to introduce millions to Christ.

And when he died, many of us questioned. Though it’s hard to admit, many of us thought we would have done a better job if we had been in God’s place.

If I were God, I would have saved Nabeel.

If I were God.

Weren’t those the words that led to Lucifer’s transformation from light to eternal darkness?

Yet we continue to judge.

If I were God, the explosion in Lebanon wouldn’t have happened.

If I were God, I would have prevented Coronavirus.

If I were God, our country wouldn’t be careening into violent chaos.

The judgment seems even more justified when we cross the threshold from explosions and pandemics to the abuse of innocent children, the sticking point for so many who reject God. Alyosha’s “atheist” brother, Ivan, tells Alyosha he collects newspaper clippings detailing cases of child abuse. Each story of an innocent child in pain is another proof that though God may exist, he certainly isn’t good. “It’s not God that I do not accept, you understand, it is this world of God’s….It’s not that I don’t accept God, Alyosha,” Ivan says. “I just most respectfully return him the ticket” (pp. 235, 245).

Regardless of how long we’ve walked with Jesus, haven’t we all wrestled like Ivan? When God doesn’t take our advice, don’t we instinctively judge Him rather than questioning our own judgment?

I recently watched the heartbreaking yet victorious story of Lexie Smith, a woman who was sex trafficked as a child. Lexie went through things so horrific my heart numbed at their description, but as she told her story, her eyes shone with a solid belief in God’s goodness. Her testimony shows that Christ wields a power strong enough to overcome even the most destructive schemes of the enemy, yet even with the evidence of this beautiful restoration before my eyes, I still questioned.

Why, Lord, did you allow this? And why did you protect me?

I’ve traveled in Russia extensively, trekking alone in places where I could easily have been assaulted or trafficked. But even in the most harrowing situations, I emerged unscathed, walking beneath a seeming bubble of protection.

After Zosima’s defamation, Alyosha cries to his scoffing friend Rakitin, “I believed, I believe, and I want to believe, and I will believe, what more do you want!” He then repeats Ivan’s words: “I do not rebel against my God, I simply ‘do not accept his world’” (p. 341). The phrase that comes to mind when I imagine Alyosha in this moment is “livid faith.”

Livid faith proclaims, “I will believe in His goodness!” yet can’t deny that what has happened is not good.

Livid faith is the cry of the Psalmist, an open pouring of the heart’s torment that still keeps God’s promises in view.

Livid faith is Job moaning “I curse the day I was born, but I will not curse God.”

This livid faith is not something to fear. He doesn’t turn us away when our tangled heart accuses Him. Instead, He invites us to intimacy that does not disappoint.

Zosima’s demise was a turning point in Alyosha’s faith, one that “shook his mind but also ultimately strengthened it for the whole of his life, and towards a definite purpose” (p. 329). Although we won’t see its culmination (Dostoevsky died before he wrote the sequel!), we see the seed planted. And unlike Alyosha, whose story will never be finished, I know the seed planted in my heart will grow. In this desert, in the unknown, I cup my hands, trusting, waiting for rain. I know he will fill them though I don’t know how and I don’t know when.

I’ve tasted His intimate goodness in the pain, I’ve seen glimpses of the glory I’m usually blind to, but on a typical day, I, like Ivan, subconsciously collect newspaper clippings, the humanly logical mind analyzing world events and personal grief and before I know it, I am stiff with cynicism. So what do we do on these typical days, when revelation seems far in the past and hope for the future seems naïve?

What helps me the most on a cynical day is accepting that my mind understands only a pinprick in God’s vast infinity. I am likely asking questions that in God’s dimensions, simply don’t make sense.

In fifth grade, I played the ultimate April Fools trick on my class. I devised 13 random questions, mostly nonsensical, some beyond our knowledge, and dubbed it, “Fifth Grade Comprehension Quiz.” The most competitive boy in the class, the A+ student who I’d race against to see who could finish our math worksheets first, was visibly tortured as he scanned the quiz. His face reddened, his eyes bugged out, and with muscles clenched, I fought the laughter that was about to fizz over. As I thought about the seeming incongruity between the goodness of God and the reality of suffering, I realized that I was this tortured boy in my fifth-grade classroom. We labor over our questions, but because they are wrong or incomplete, they are unanswerable. Many items on this prank of a quiz illustrate why the questions we ask often only lead to greater confusion.

A few of my favorites:

There is mystery in the answers He gives, but He gives them just the same. No matter how many books I read or conversations I have or testimonies I hear, there is still the uneasy flutter of the heart, because in the tension between who He is and what I experience, I know something is not right. But He has given me more than enough to trust in His goodness, and when I am tempted to doubt, to first doubt my own judgment.

I have seen God’s intimate hand in my own life. He comforted me in the depression that attacked for years, and He led me out of it to a place of stability and peace. In every season, he has provided for me relationally and financially.

I have seen him work in others’ lives, I’ve seen His goodness and love triumph in the darkest places of human experience, horrific situations beautifully redeemed.

And there’s the Gospel, what it always comes back to. Out of the most selfless love, Jesus died in order to redeem me from an eternity of this suffering which I’ll only have to taste on this earth. This life, with all its suffering, is only the beginning of the story. Revelation 21:4 proclaims our great hope: “He will wipe every tear from their eyes. There will be no more death or mourning or crying or pain, for the old order of things has passed away.”

My faith may be livid, but it is being refined.

And I will not return my ticket.