Not Much Time for Sleep!

It’s amazing how much can happen in a week here! Here’s a quick update on what has been going on in Tatarstan.

Last weekend, I was invited to Kazan(the largest city in Tatarstan) by the daughter of a teacher at the Institute, who works there as an English teacher and completed her master’s degree in TESOL in the states. Kamila and I hit it off right away, and Iwehad a wonderful weekend exploring the city, drinking tea, and discussing all things language related. Kamila took me to Театр Юного Зрителя, (The Theater of the Young Spectator,) where we saw a comedy called, “Здравствуйте, Я Ваша Тётя” (“Hello, I’m Your Aunt.”) This play was reminiscent of Mrs. Doubtfire: Set in late 19th or early 20th century England, two love-struck young men ask their friend to dress up like a woman so that they can invite two girls over without a chaperone. What results is a hilarious and disastrous chain of events.

The next day, Camilla took me to the museum of Soviet Life, which showcased realia from the institution of the U.S.S.R. until its dissolution. Let’s just say the star of the show was Lenin. Here are some pictures from the museum: 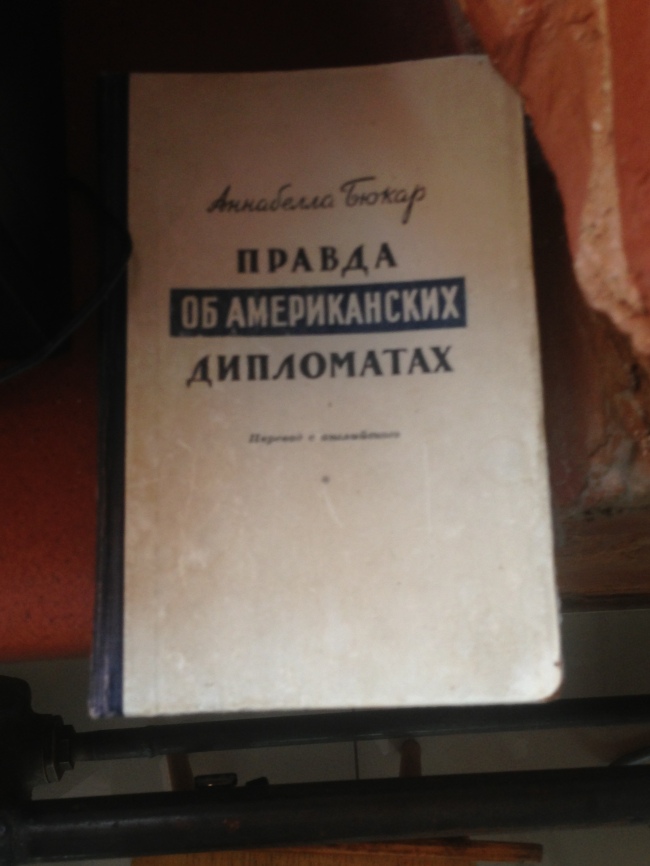 “The Truth About American Diplomats”

From a Soviet textbook: “Our Motherland, the U.S.S.R.”

I learned that chewing gum was a status symbol in the Soviet Union, because it was so hard to come by. 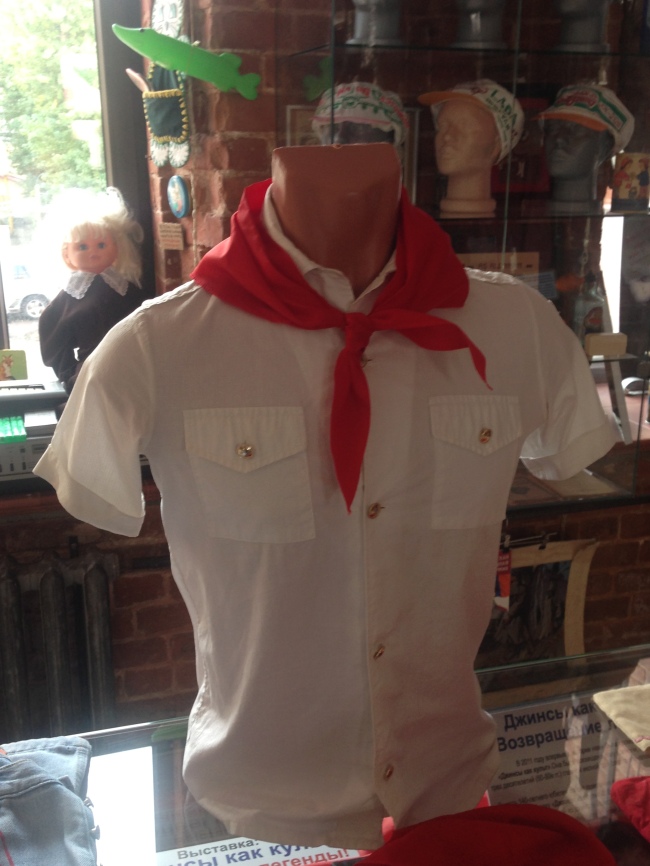 After we left the museum, it was time for me to return to Kazan, and other than the irritated GPS that yelled at you if you made a wrong turn and the driver deciding it was a good idea to race through the breakdown lane on occasion, the trip back was uneventful.

One of the girls I met at the local English Club, Elmira, has been kindly helping me with my Russian once or twice a week. One day, we stopped by a store to get some water, and she noticed right away how nervous I got when I approached the store workers. “Why do you get so scared?” she said. “Then you stutter and they can’t understand you! They’re just people, just like you.”

It’s true, although I’ve studied Russian for quite a few years and can carry on conversation fairly easily with people I know, there always seems to be a barrier when I approach people in stores or cafes. My heart starts beating quickly and my tongue decides to have a seizure. I asked Elmira then, if we could go out one day and just go up to as many people as possible in an attempt to overcome my fear. She agreed, and on Tuesday, we went to the market for an adventure.

First, I went to a market to try to find a hat and gloves, and I managed to talk to the woman without too much trouble. Next, she took me to a fast food place which served a Tatarstani treat.

“You have Big Mac, we have сосиска в тесте (fried dough covered hot dogs). You haven’t been to Tatarstan until you’ve tried one.” She told me what to say, and when I ordered, the woman actually smiled at me and asked me where I was from, then started to make conversation. So not everyone is scary. We went to a few more stores, and my fear started to dissipate. I still get nervous and I know it will be a process, but I am so thankful that Elmira took the time to help me fight my fear.

The next day, I had another opportunity to use my Russian, as I was invited into a history class to share about my country. In true Russian style, I wasn’t told exactly what I needed to prepare until the morning of, which resulted in lots of frantic Googling and Wikipedia searches. I may be American, but I am not an encyclopedia!

After presenting on the symbolism in our flag and great seal, students asked me questions about my country. Questions ranged from the American economic system to family relationships, and I did my best to answer them as truthfully as I could with my non-native handle of Russian. Some questions, such as those about American family relationships and why I decided to come to Russia, were easy to answer in Russian because they were not sensitive issues. However, I found that when asked questions about Americans’ view of President Obama and President Putin, it was hard to answer both diplomatically and truthfully. Concerning President Obama, I brought up that his approval ratings had dropped since he became president, and that a large percentage of Americans were not satisfied with how he acted concerning Syria.

And whn they asked me about Putin, and I felt a little cornered. The history teacher asked me, “so, what do Americans think about Putin? Because, you see, we love our President.” So really, what was I supposed to say to that? I said something to the effect of that Americans respect Putin, but of course there will always be tension between the two countries because we are both powerful and want to hold the number one spot. Then to dispel the tension, I tried to bring in some humor, fumbling for words to try to explain the funny memes we have on Facebook that portray Putin as a strong, “most interesting man in the world” type. I didn’t do very well at explaining this, and when this article came out the next day reporting on my presentation, it said that “Americans consider Putin a ‘superhero.'” Ok, so not exactly what I wanted to say; sorry America! Also, in the article, they put in some things that I never said, for example, that all American homes have an American flag. So here’s the link if you’d like to put it into an online translator and read it, but don’t take everything as my definitive view 🙂

Overall, it was a great experience to answer students’ questions about America. People in Elabuga are very enthusiastic about meeting an American, because unlike in larger cities, for many, I am the first American they have ever met. The local news will be interviewing me on Monday as well, so I will make sure to keep you up to date on that.

Finally, my week ended with some girls from my advanced class inviting me out to a café. Most of them are only a year younger than me, so it feels a little strange to be their teacher. It was great to be able to hang out with them outside of the classroom in a more relaxed environment. They were determined to speak English the whole time, which didn’t seem difficult, since their English is already excellent. After pizza, coffee, and desert, we strolled around the city, at which one point, two college guys started to follow us in their car. While walking down the sidewalk, they put their car in reverse and went backwards, trying to talk to us, for at least 10 minutes. They were persistent and would not give up, but we felt safe, since there were about 10 of us. Russian guys seem to be much more forward than American guys. But can you blame them? Look how beautiful all the girls in my class are: